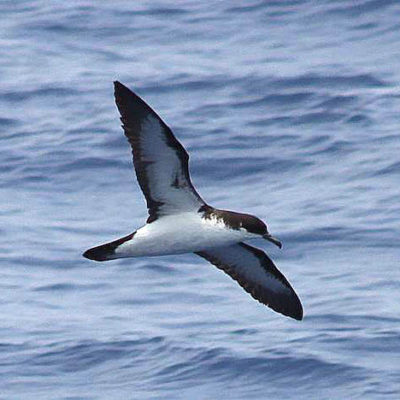 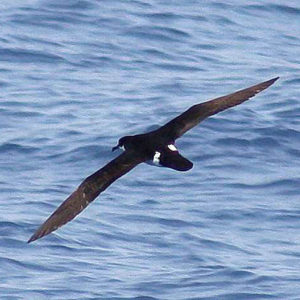 The ʻaʻo, or Newell’s shearwater, is closely related to the Townsend’s Shearwater of the Galapagos. This small shearwater is black above, white below and has white “saddlebags” that come up near its hips. It was estimated that there were 19,000 breeding pairs in the 1980s but their population is in steep decline and it estimate only about 25% of the those remain. Like the ʻuaʻu, this species breeds only in the main Hawaiian islands, generally digging burrows in steep exposed slopes in the mountains. 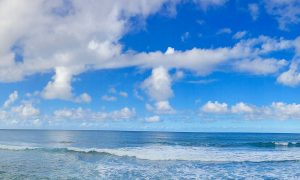