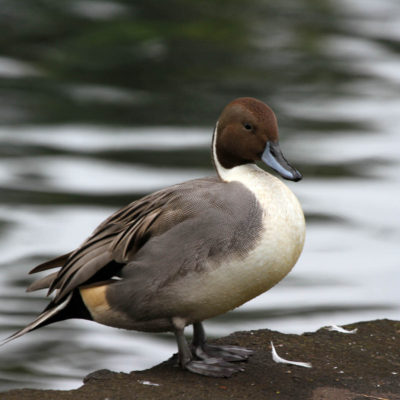 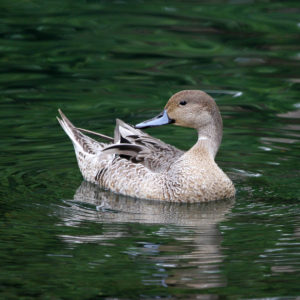 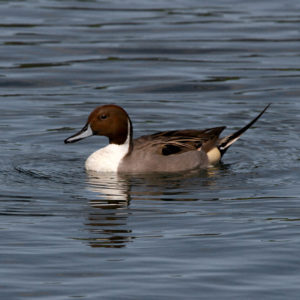 The koloa mapu, or northern pintail, is the most common winter migrant duck to Hawaiʻi. Before 1960 they often numbered in the thousands across the Islands, but now average in the hundreds likely due to habitat loss in their breeding grounds. They average 20-25 inches in length and the male’s long central tail feathers give this species it’s English name. Females also have pointed tails, but shorter than the males. Both can also be identified by their long necks when compared to other ducks. 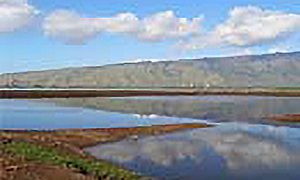 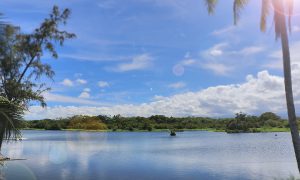